Organic Chem Basicity: How to compare Basicity of Amines, Phenylamines and Amides

Nitrogen Compounds can act as Lewis bases as there is a lone pair of electrons available on nitrogen for donation.

How basic the nitrogen compound is depends on the availability of that lone pair.

Let's look at the organic compounds that contain nitrogen and their difference in basicity:

Notice that amines are the strongest bases, followed by ammonia, then phenylamine, and finally amides.

Let's take a closer look to understand why.

In general the basicity trend for amines and ammonia is as follows:

Tertiary amines have more electron donating R groups and increase the electron density on nitrogen to a greater extent. 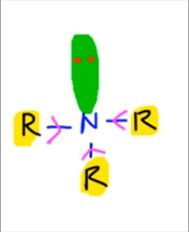 This makes the lone pair on nitrogen more available for donation, and tertiary amines are the strongest bases.

Hence the more R groups the amine has, the more basic it is. 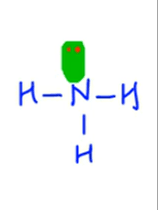 So lone pair on nitrogen is less available for donation and ammonia is less basic than amines.

The lone pair of nitrogen is delocalised into the pi electron system of benzene. This makes the lone pair less available for donation and hence phenylamine is less basic than ammonia.

The lone pair on nitrogen is delocalised extensively into the acid group, between both electronegative atoms oxygen and nitrogen.

This makes the lone pair unavailable for donation.

Hence amides are neutral and do not use the lone pair for donation at all.

Check out this video lesson to learn how to compare basicity for Amines, Phenylamines and Amides in Organic Chemistry!

Join my 1000+ subscribers on my YouTube Channel for new A Level Chemistry video lessons every week.

Do consider signing up for my JC Chemistry Tuition classes at Bishan or online chemistry classes!